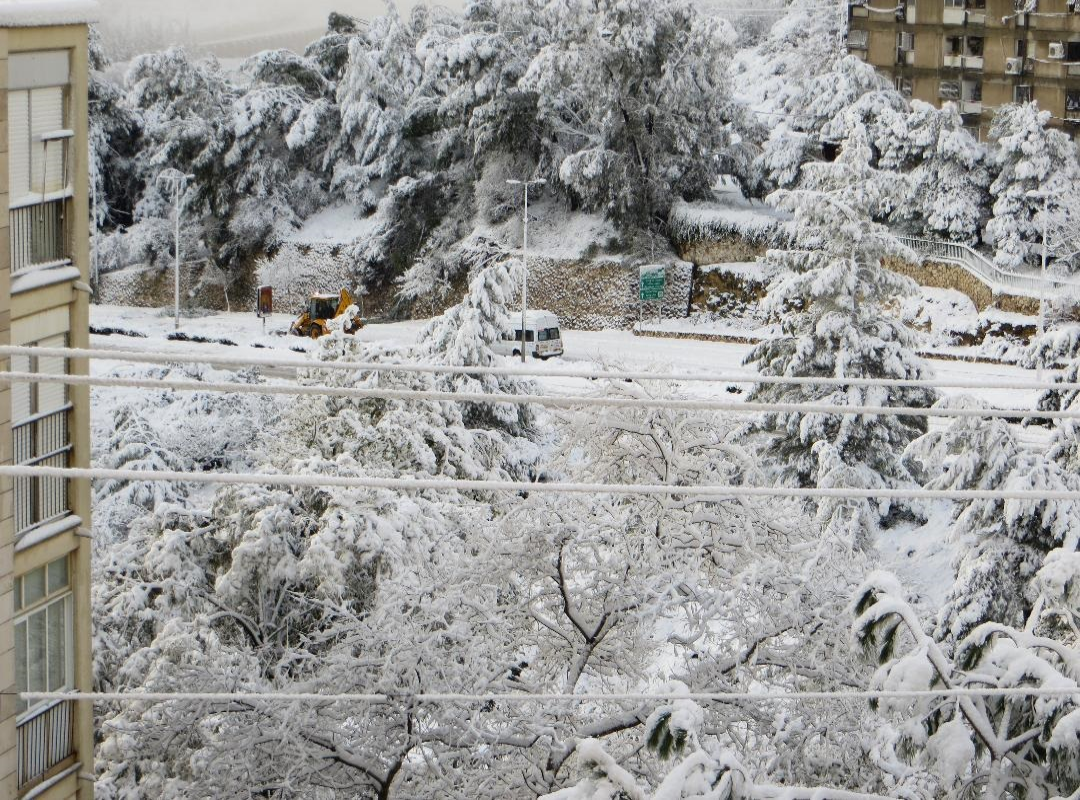 Figure 1: A picture taken from the authors apartment window in Jerusalem during the ‘Alexa’ extreme cold spell and associated snowfall. This was the costliest natural disaster ever recorded in the Eastern Mediterranean. The dynamical systems metrics may provide added value to issue timely warnings for this and other types of extreme weather events.

Weather and climate extremes such as heat waves, cold spells, heavy precipitation or windstorms have long been considered challenging to adequately predict a few days in advance. Even at shorter time scales, it is sometimes difficult to estimate the magnitude and impact area accurately. Therefore, they have been selected as one of the grand challenges by the World Climate Research Program. Several studies suggest that extreme temperatures or heavy precipitation events may become more frequent and more intense with climate change, making this topic even more pertinent.

The ability to predict the development of any dynamical system (a system that evolves in time), depends on: 1) its persistence, meaning that a persistent system will be easier to predict and 2) the number of options the system can develop into/from, meaning that systems with a small number of options will be easier to predict. Recent developments in dynamical systems theory allow to efficiently compute these metrics from model data. In particular, several studies have demonstrated the feasibility of computing these metrics for weather systems (e.g., Faranda et al., 2017). This new method was here tested for the prediction of extreme weather events affecting the Eastern Mediterranean. We found that the new method can help to determine how difficult it will be to predict a specific weather event (Hochman et al. 2019). Given the cost-efficient calculation of the dynamical system metrics, the expectation is that it will be possible to issue timely weather warnings based on this approach.

For example, we found that this new simple and inexpensive method can support the identification of the large-scale conditions leading to snow events in Jerusalem (Fig. 1), an unusual peril that weather forecasters in the region have long considered very challenging to predict. We envisage that this new breakthrough will help in improving extreme weather forecasting in present and future climate (Hochman et al., 2020) not only for the Eastern Mediterranean but also for other regions.

last change: 2020-06-15 KIT – The Research University in the Helmholtz Association