The IMK-TRO LIDAR Network consists of three ground-based Doppler LIDAR systems that are specifically designed to measure wind. The measuring technique is based on the Doppler effect which describes the frequency shift of light which is scattered on moving objects. The centerpiece of the network are two "WindTracer" systems manufactured by Lockheed Martin Coherent Technologies: a 2µm system delivered in 2004 and a 1.6 µm system from 2009. Both systems have a 2-axis scanner, which allows for arbitrary scan patterns covering the whole upper hemisphere. Under optimum conditions the devices are able to measure the wind in 120 Rangegates in distances up to 15 km away from the measurement system. The effective pulse length of the devices, and thus a lower limit for the spatial resolution, is about 56 m and 45 m respectively. Both systems work with the same control and processing software which allows for operation as a dual- Doppler system. The construction-conditioned measurement gap of the “WindTracers” in an area of about 350 m distance from the device will be closed by the third Doppler system: a “Windcube” manufactured by Leosphere with a wavelength of 1.54 µm. The “Windcube” is able to measure the wind field in a range of 40 to 500 meters away from the device . Depending on the scanning method used, vertical profiles of horizontal and vertical wind velocity can be measured and turbulence quantities such as variances, spectra, integral length scales or dissipation rates can be determined. Additionally based on the signal-to-noise ratio a high-resolution determination of the boundary layer height is possible, which also allows the visualization of small scale processes entrainment at the upper edge of the boundary layer. By combining the two “WindTracer systems dual-Doppler techniques and thus a comprehensive representation of 3rd dimensional wind fields become possible .Additionally the precise wind measurements of the LIDAR network can be used for the evaluation of model results and the applicability of current scientific methods. A small selection of images to illustrate the potential of the LIDAR Network can be found below. 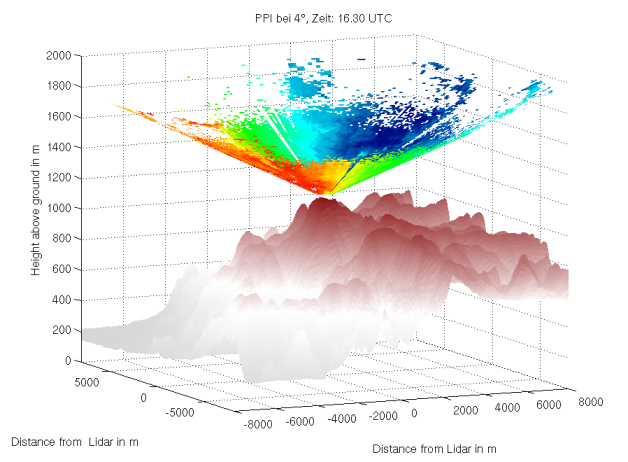 Fig. 3: So-called Plan-Position-Indicator scans (PPI) measure along conical cross sections. Here an example measured during the COPS field campaign (2007) is shown. This method gives an impression of the 3D wind field, bearing in mind that the wind can always be determined only in the beam direction 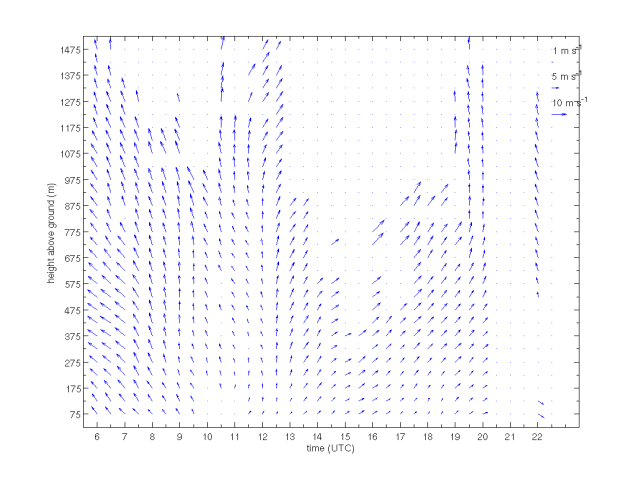 Fig. 4: Using well-known algorithms (VAD), the measured wind information during a PPI scan can be used to determine vertical profiles of horizontal windspeed and direction.

Fig. 5: High-resolution measurements of the signal-to-noise ratio and the vertical wind speed provide the ability to detect variations in the boundary layer height at different temporal scales: small-scale events in the order of less than 10 m, which can be associated with entrainment processes but also complete diurnal variations of the atmospheric boundary layer can be measured. Here are two examples of the CSIP field campaign, 2005. 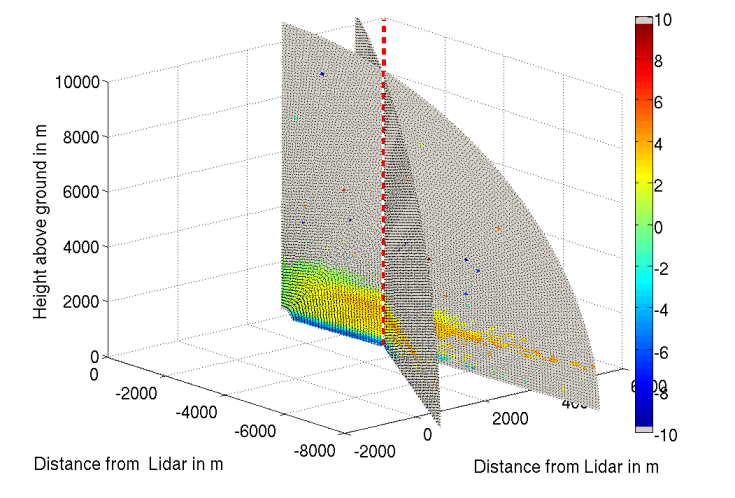 Fig. 6: Due to same control software, the two "WindTracer" can be operated as a dual-Doppler system. The illustration shows a synchronous pattern of two Range-HeightIndicator scans (RHI) in two different directions. In the intersection area virtual towers can be built, which provide a vertical profile of the horizontal windspeed and direction.