The composition of the atmosphere has a profound impact on climate, air quality and food security around the world. Our understanding of the atmosphere over West Africa is particularly uncertain. This is due to a combination of uncertainty with the anthropogenic emissions, natural emissions, meteorology and a lack of observations. Anthropogenic emissions of pollutants (oxides of nitrogen and sulfur, hydrocarbons, carbon monoxide, black carbon and organic carbon etc.) occur from a large range of processes such as industrial sources associated with petrochemical processing (e.g. flaring activities in Nigeria), transport sources (cars, motorbikes, ships), local low temperature burning for domestic applications. These emissions have been growing from a combination of both population increases and industrialization. These are anthropogenic emissions couple with natural emissions from biomass burning, forests, soils, lightning, the ocean and dust to create a chemically complex mixture which is unique in the world.

These emitted compounds and the subsequent secondary compounds such as ozone and particulates are then transport by a range of processes.. The northwards monsoonal surface flow brings oceanic air (with potential Southern Hemisphere biomass burning and ship emissions) over the industrial coastal belt of the region, through the forested regions with biogenic emission up towards the Sahara. Convergence associated with the sea breeze and the convection lead to significant vertical transport. Together this leads to a complex mixing of airmass types with plumes of air of different composition.

Simulation of a year of hourly surface ozone data from the GEOS-Chem model.

The objective of this work package is to advance the scientific understanding of atmospheric chemistry in the context of a rapid economic and population growth in the South West Africa region. The specific objectives of WP3 are to:

The DACCIWA chemistry campaign started in May 2016 with the installation of the ground based sites of Savé (Benin), Ile-Ife (Nigeria) and Kumasi (Ghana) (see WP1). Measurement period started in 13 June 2016 and ended on 31 July 2016 with the decommissioning of the sites. Between 27 June and 17 July 2016, the aircraft campaign was deployed with three aircrafts (the french SAFIRE ATR42, the UK BAS Twin Otter, the german DLR F20) covering Benin, Togo, Ghana and south-east of Ivory Coast. A diversity of flight missions were operated to characterize of atmospheric composition near and downwind of the sources. In addition to dedicated flights on key processes, specific transects were selected with repeated flights along these routes. The strategy was to obtain a representative statistical sample for model comparisons. The line between Lome and the supersite at Save in Benin was one of these routes. It overflew a south-north gradient of vegetation from dense rain forest in the coastal belt to the sub-sahelian savanna in the north. Additional lines included Accra-Kumasi (3 flights from F-ATR42 and D-F20) and Lome-Abidjan (6 flights from F-ATR42 and D-F20). The latest was coordinated with ground-based intensive campaign on emission characterization by WP2.
The supersite of Savé (08°02′N 02°29′E) is located in the south part of the guinean-soudanian transition zone, with limited impact of local anthropogenic sources. Of particular interest for WP3 objectives are the successful measurements of biogenic fluxes (NO, NO2, isoprene turbulent fluxes) and chemical compound concentrations of O3, NO, NO2, CO and isoprene. 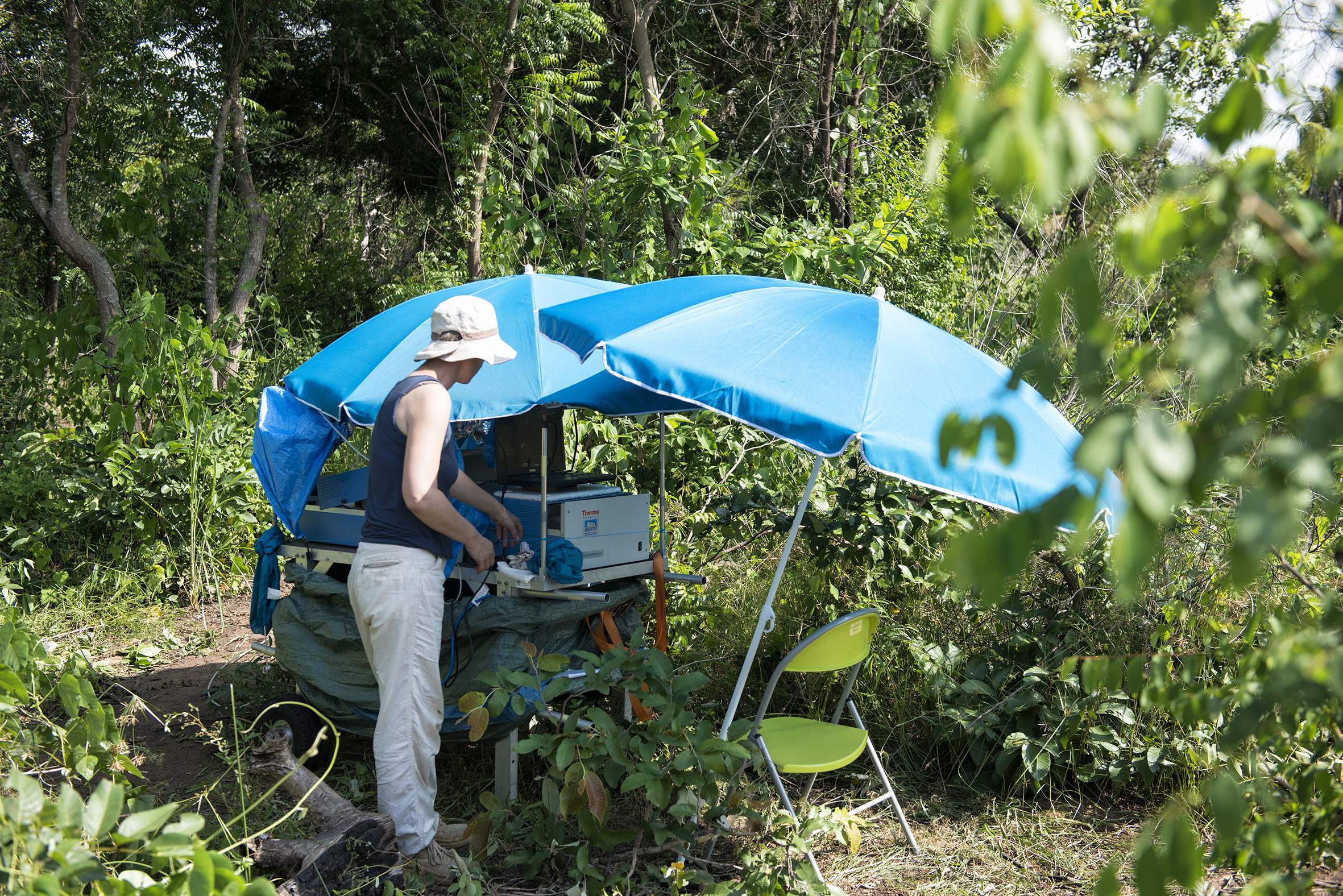 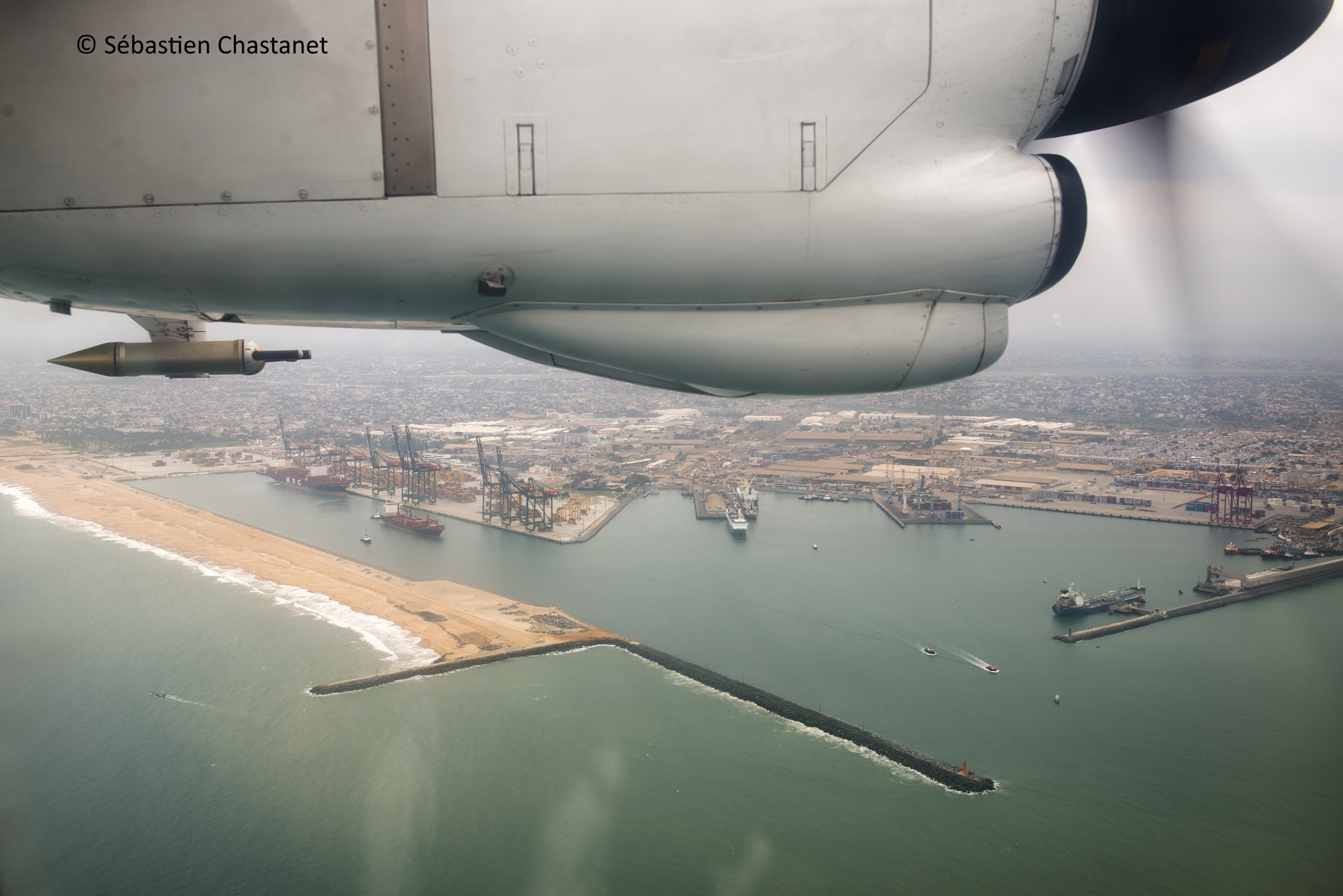 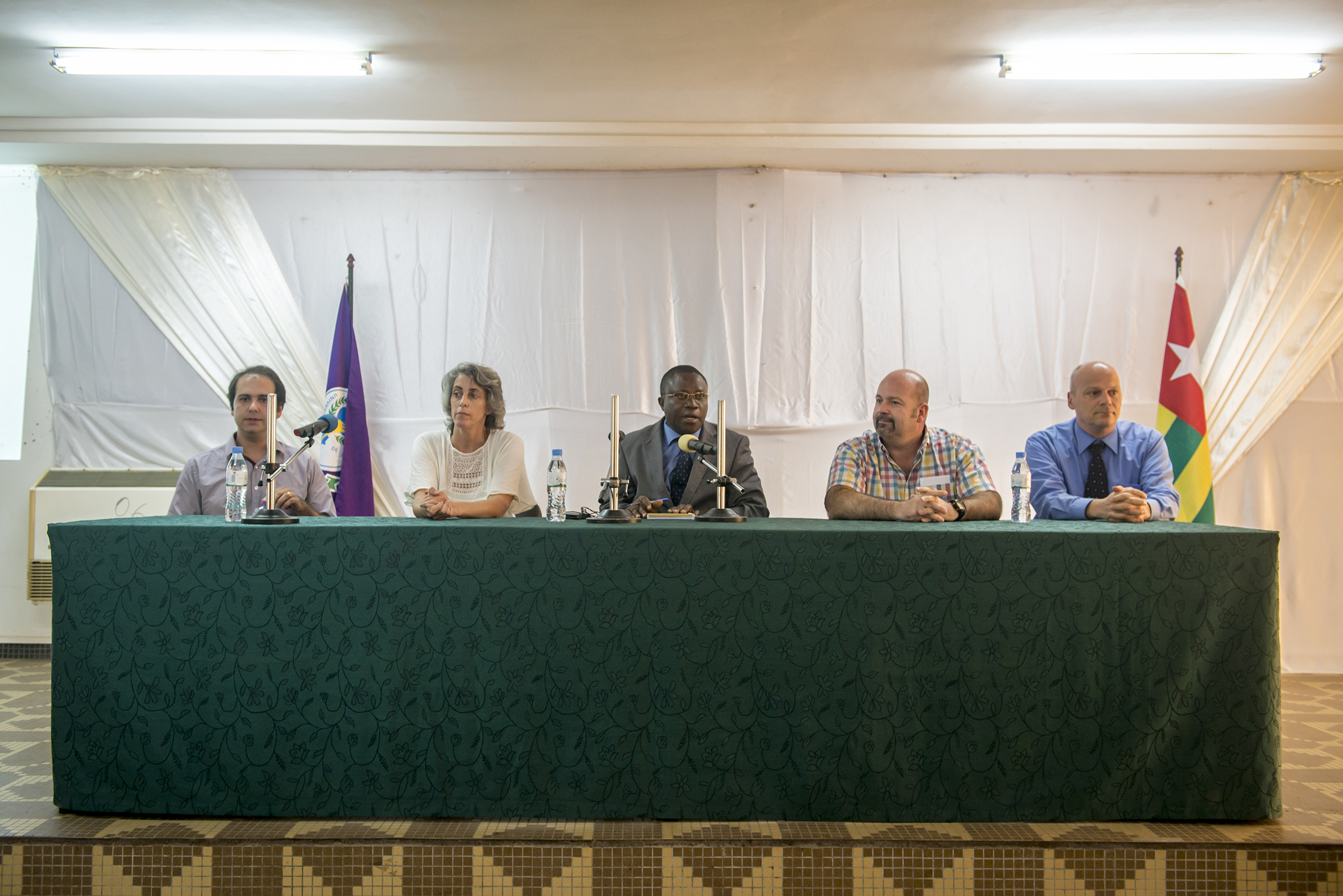 This work package will take advantage of a range of models to achieve its science.