Due to the strong continuing population growth and urbanization tendencies in Southern West Africa the demands for key socio-economic factors such as water availability, food and energy production are expected to increase for several decades to come. These factors are highly dependent on the existence of rainfall associated with the West African monsoon system, putting reliable operational rainfall forecasting into a greater focus. However, aerosol particles produced from anthropogenic emissions may play a crucial role in the spatio-temporal development of precipitation systems on a regional scale, e.g. their possible influence on the formation of a nocturnal low-level-stratus deck which ultimately controls the occurrence and timing of deep moist convection and thus the larger-scale dynamics and annual rainfall. Additionally, very little is known about which rainfall type contributes how much to the annual rainfall in such a polluted environment like the coastal region of West Africa and might differ from non-polluted areas farther inland. The capability of numerical models to simulate these multi-scale couplings and the consequent precipitation field correctly in Southern West Africa is still very uncertain. Although today's spaceborne rainfall products exhibit spatio-temporally high resolved measurements, the lack of a dense ground-based observation network in this region has set limitations to the validation process of the rainfall data and would, in consequence, limit the evaluation quality of the model's performance. Therefore, WP6 investigates (a) the (thermo-)dynamics of different classes of rainfall systems by exploiting satellite data and measurements from the DACCIWA field campaign and (b) their representation in state-to-the-art numerical models with different spatial and temporal scales. 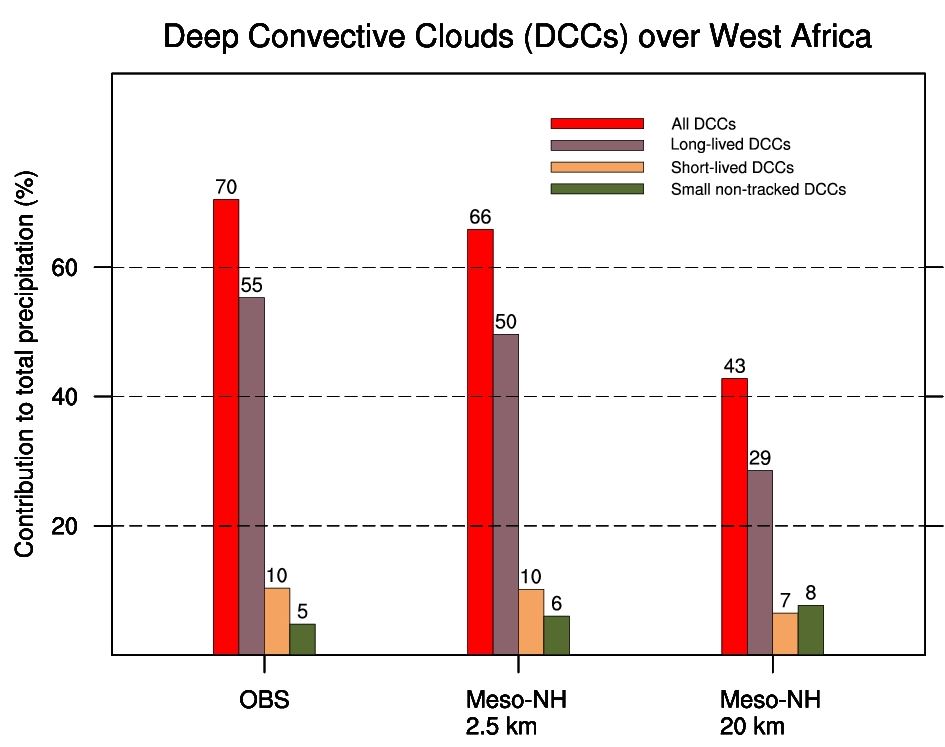 Fig. 1: Contribution of Deep Convective Clouds (DCCs) to total precipitation over West Africa between 9 and 15 June 2006 for three datasets: TRMM/MSG observations and two Meso-NH simulations at 2.5 and 20 km resolution. First results indicate the signficance of DCCs to total rainfall in both observations and model simulations. 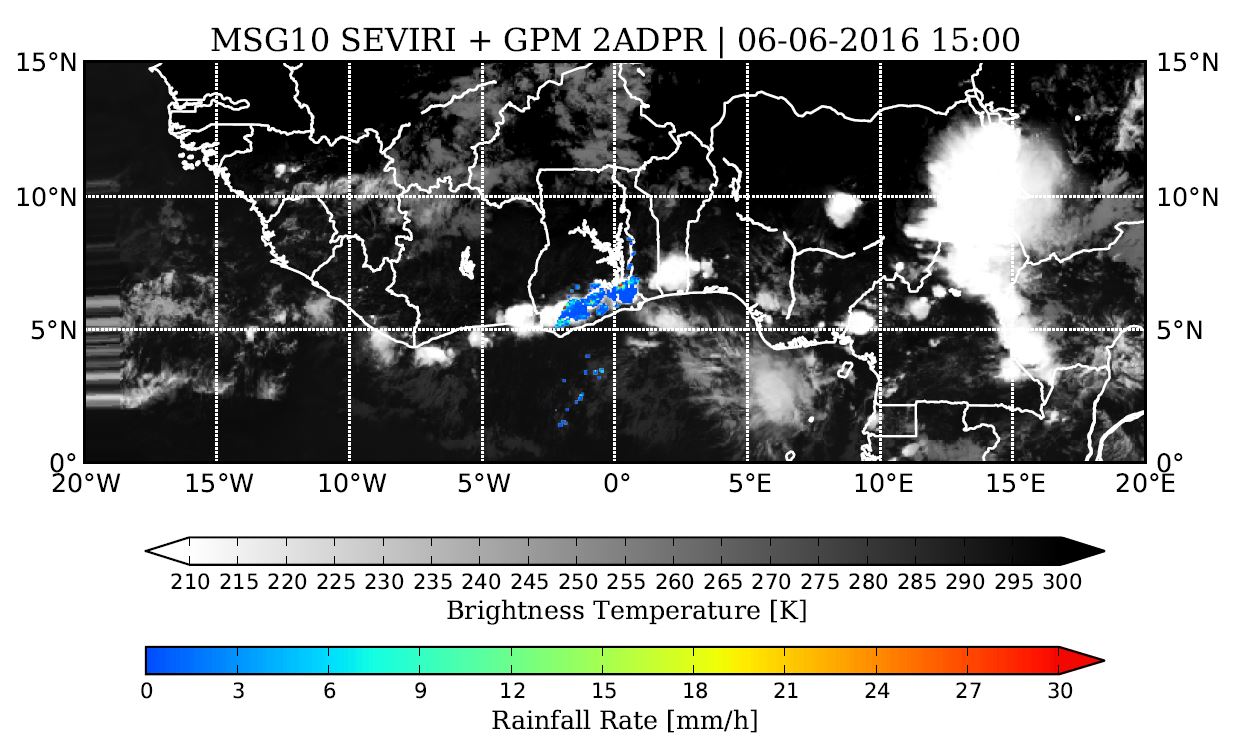 One year prior to the DACCIWA field campaign in June and July 2016, a dense network of high-resolution rain gauges was established in a radius of approximately 60 km around one of the DACCIWA supersites in Kumasi (Ghana). Passing rainfall systems have been monitored on a minute basis that allows the analysis of rainfall intensity and frequency, duration, storm velocity and other characteristics. To date, valuable data from the entire year 2016 and parts of 2015 were collected. However, further efforts are undertaken to operate the rain gauge network beyond the DACCIWA year. 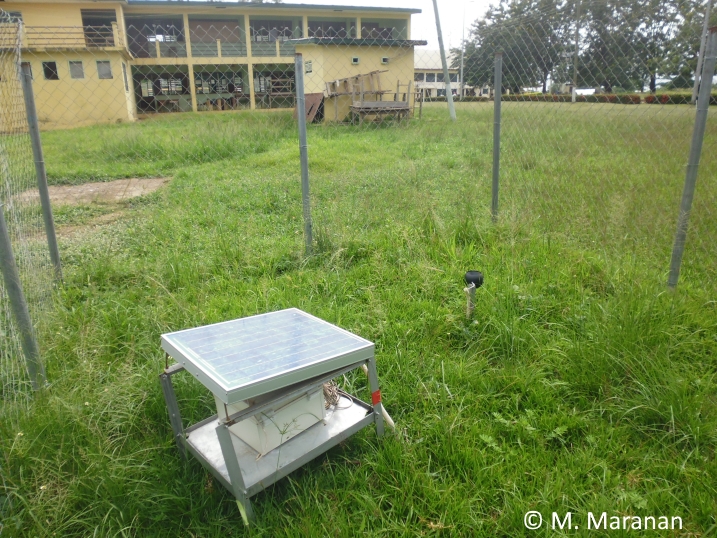 Fig 4.: View from inside of the rain gauge enclosure in Konongo (Ghana) 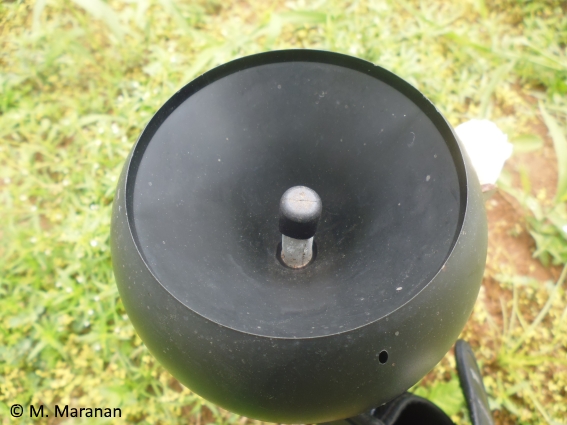 Fig 5.: Close-up onto the rain collector, showing the funnel and the filter

Within the two months of the field campaign more than 750 radisondes were launched at seven stations in West Africa. By deploying them at least every six hours, daytime vertical atmospheric profiles are measured as well as conditions during the night. The respective data have been made available for DACCIWA members. For the purpose of analyzing rainfall systems, these measurements will give insight in the atmospheric state prior, during, and after rainfall events that helps to better understand the physics that lead to these events. Aside from its scientific value, the radiosonde campaign provided the opportunity to involve students from African universities to work with European students to guarantee an uninterrupted sounding schedule. 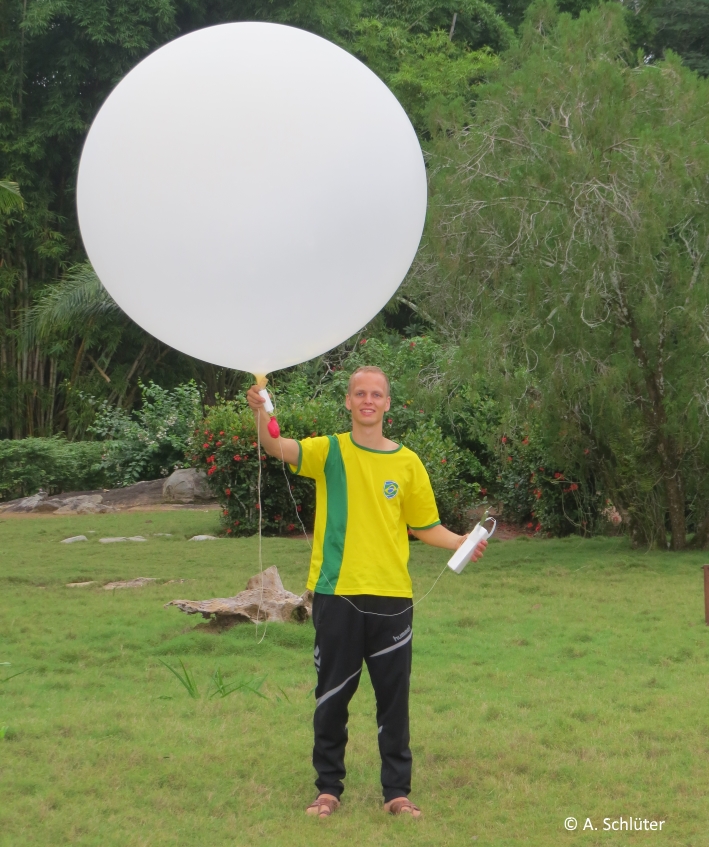 Fig 6.: Moments prior to a radiosonde launch in Lamto. The radiosonde is attached to the
balloon with a cord. Altitudes of 20 km and more were reached on a regular basis.