For the Namib desert, one of the driest regions on Earth, fog is an important source of water and influences the spatial distribution of the flora and fauna. The knowledge about the spatial and temporal patterns of fog distribution is incomplete and, in particular, the amount of fog water deposition is unknown. The aim of the Namib Fog Life Cycle Analysis (NaFoLiCA) is to improve the understanding of fog dynamics in the region.

Within the scope of this project, a field campaign was performed from 9 September to 9 October 2017. Under lead of the Basel group and together with participants from Uni Bonn and IMK-ASF, we performed comprehensive measurements during the month-long campaign, which complemented measurements from existing long-term surface observations. Profiles of atmospheric conditions were obtained with balloons and drones as well as remote sensing instruments like sodars, ceilometers and a microwave radiometer. These observations will now be analysed in order to investigate the life cycle of the nocturnal fog.

Fog in the Namib region is an important source of water. The temporal and spatial patterns of fog occurrence are hitherto largely unknown due to absence of spatially continuous observations. Also, factors driving fog development in this coastal desert environment are not fully understood. The proposed project aims to use satellite data to characterize fog in the Namib region. This includes new developments of satellite algorithms as well as statistical analyses. In a first step, fog will be detected in satellite data, and its physical properties will be retrieved. Then, typical life cycles from fog formation to dissipation will be analyzed in this new data set. Finally, a statistical study employing information on meteorological and aerosol conditions will identify drivers of fog development. The proposed project is part of a project package that also includes ground-based observations and numerical weather prediction. Links with these component projects revolve around joining ground-based and satellite-based data for better process understanding, and using the model to constrain fog area and development mechanisms. 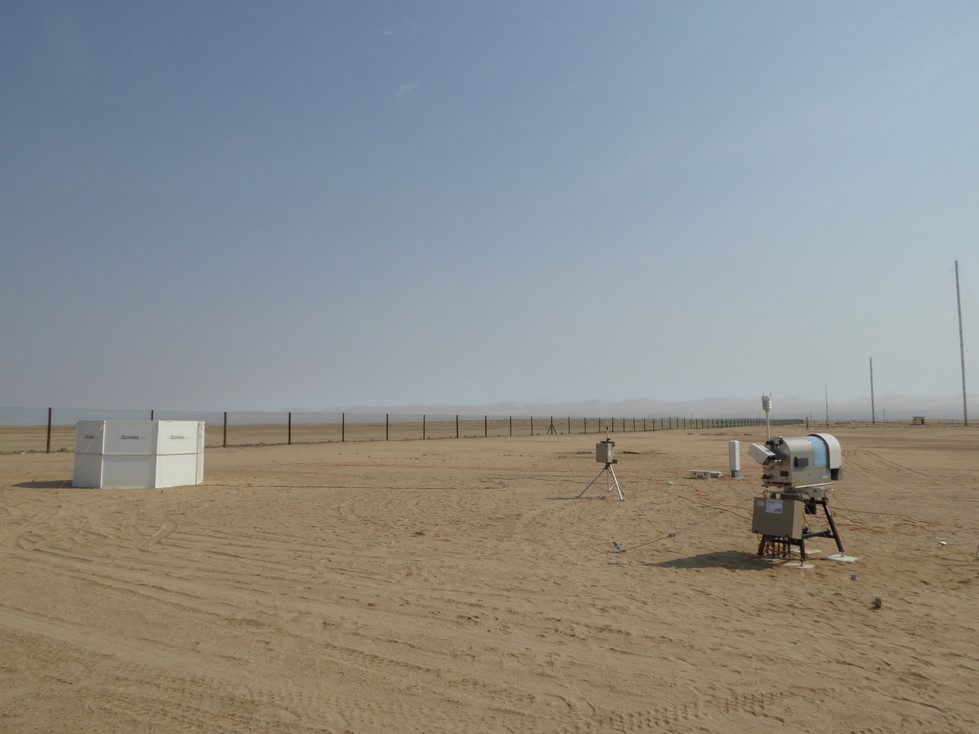 Left: A sodar (background, left), aerosol spectrometer (background, center) and microwave radiometer (foreground) providing wind, temperature, humidity and aerosol observations at Coastal Met (near Walvis Bay, about 10 km east of the Atlantic). Right: Boundary of the fog between the coast and Gobabeb 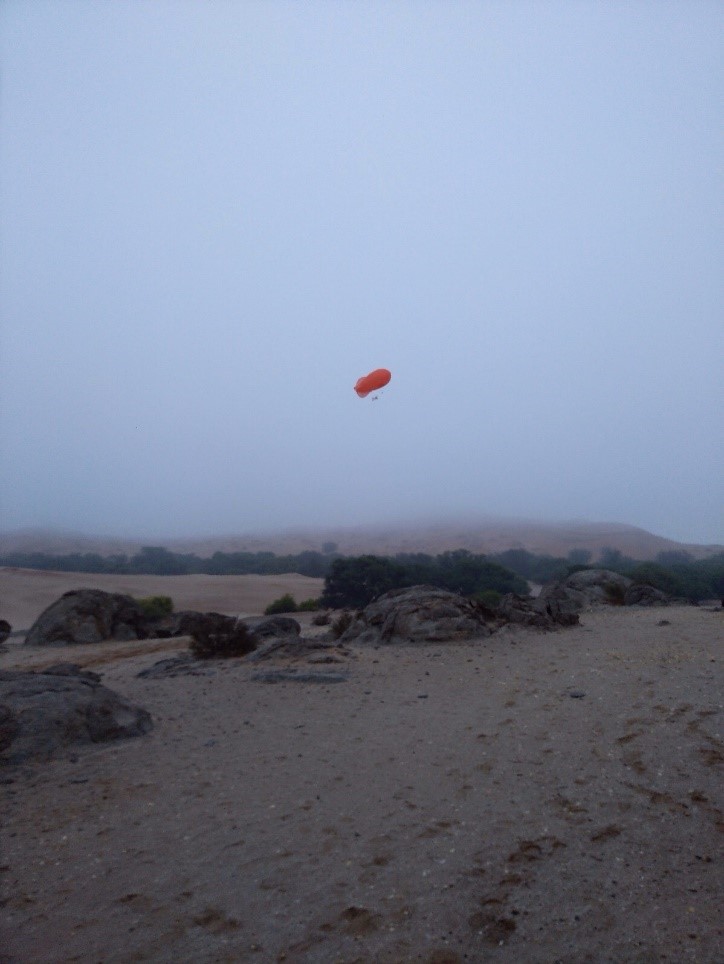 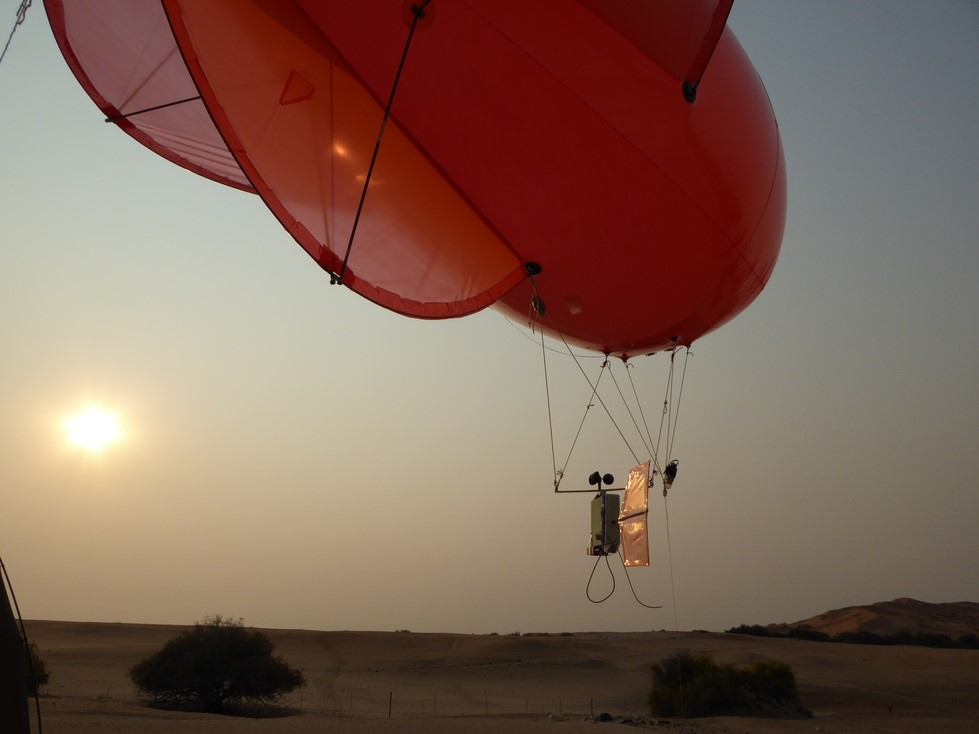 Tethersonde ascents at the Gobabeb Research and Training Center about 55 km east of the Atlantic.

last change: 2017-10-30 KIT – The Research University in the Helmholtz Association