Orographic influences on the wind field from the damage pattern

The extraordinary strong storm LOTHAR on December 26, 1999 caused large forestry damage in Black Forest. The aim of this project, which is part of the postgraduate college “natural disasters” (University Karlsruhe), is to derive orographic influences on the wind field from the damage pattern. This was recorded with a high resolution digital camera system by an airborne survey after the storm. Large damages occurred e.g. at locations of saddles between single mountains. A typical example is the saddle between "Merkur" and "kl. Staufenberg" near Baden-Baden. The high-resolution vegetation index (left side) and a map of this scene (right side) are shown. Areas with low (e.g. storm damages in forests) or without any vegetation (e.g. populated areas) appear yellow and brown. Intact vegetation like forests or grassland appears green. 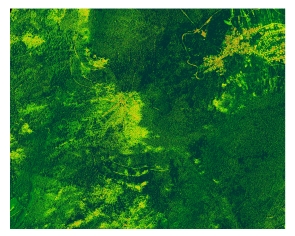 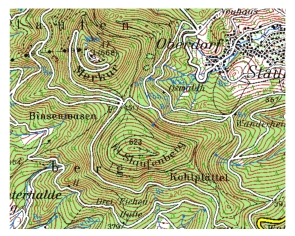 Damage Pattern (yellow) derived from an Airborne Survey and Geographical Map of the same Region.