In the context of climate change, there is an increasing demand for homogeneous long-term observation time series to better understand the role of trends compared to natural climate variability. Particularly data on a daily or even hourly basis from periods prior the installation of meteorological networks by regional or national weather agencies (e.g., 1868/69 in Baden) are very helpful to better address questions related to extremes or the temporal variability of climate parameters. Such a time series is presented by the Karlsruhe climate series, which is provided online by the German Weather Service (DWD) including 3 observations per day for the period from 1876 to 30 Oct. 2008 (after 2008 the station was relocated to Rheinstetten, approx. 10 km southwest of Karlsruhe). In fact, the whole climate series dates back to the 18th century with the operational meteorological observations by Johann Lorenz Böckmann, which was a Professor at the gymnasium in Karlsruhe. Copies of the handwritten records are almost completely available at the manuscript departments of the University Libraries in Karlsruhe and Heidelberg, at the State Archive Mannheim, at the paper archive of DWD in Offenbach, partially with parallel observation records, and as extracts at the archive of the Karlsruhe newspaper. Within the project Karlsruhe Climate Series, the records were digitalized until 1876 and partly complemented and corrected with parallel observation series at the stations of Karlsruhe-Hochschule and Karlsruhe-airport 1937-1944/45. Thus, one of the longest climate series from 1778 to 2008 is now available for several parameters such as temperature, precipitation, pressure, wind, and other meteorological information. Preliminary analyses of the climate series provide some interesting results and suggest new insights in the climate of the region of Karlsruhe. Currently, the climate series are processed and statistically analyzed. For example, maxima and minima were reconstructed from the 3 daily observations using a 13-year sub-series on an hourly basis (see Fig. 1). From that, temporal variability and changes in the number of frost and hot days (Tmax ≤ 0°C; Tmax ≥ 30°C) can be investigated (Fig. 2). This helps to better interpret and assess the decrease and decrease, respectively, observed since the mid 20the century. It is also possible to study the whole variability of the weather prior to climate change, for example, concerning the magnitudes and duration of heat and cold waves. The climate series with its various meteorological parameters also enables the study of other phenomena, for example extreme precipitatiation events (Fig. 3) or the conditions around the “year without summer”, 1816.

Fig. 1: Absolute records of minimum and maximum temperatures within the decades indicated between 1778 and 1875 (extract). 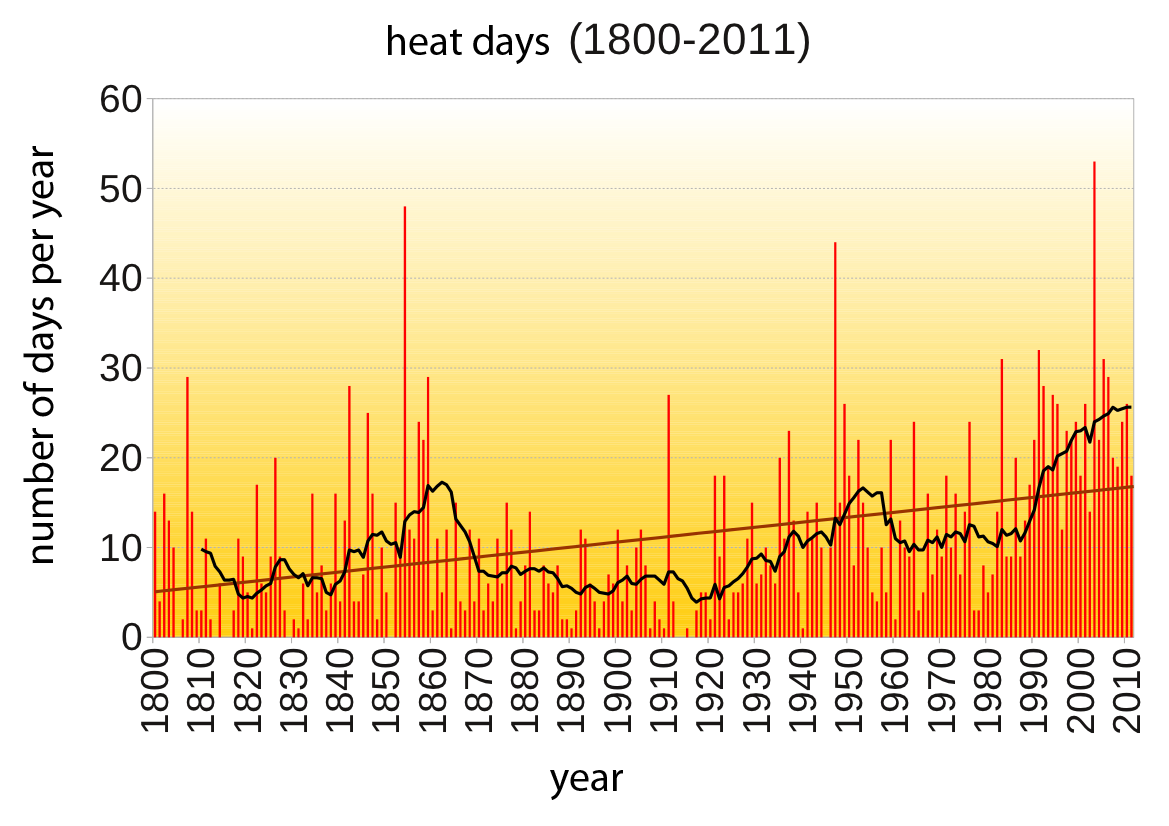 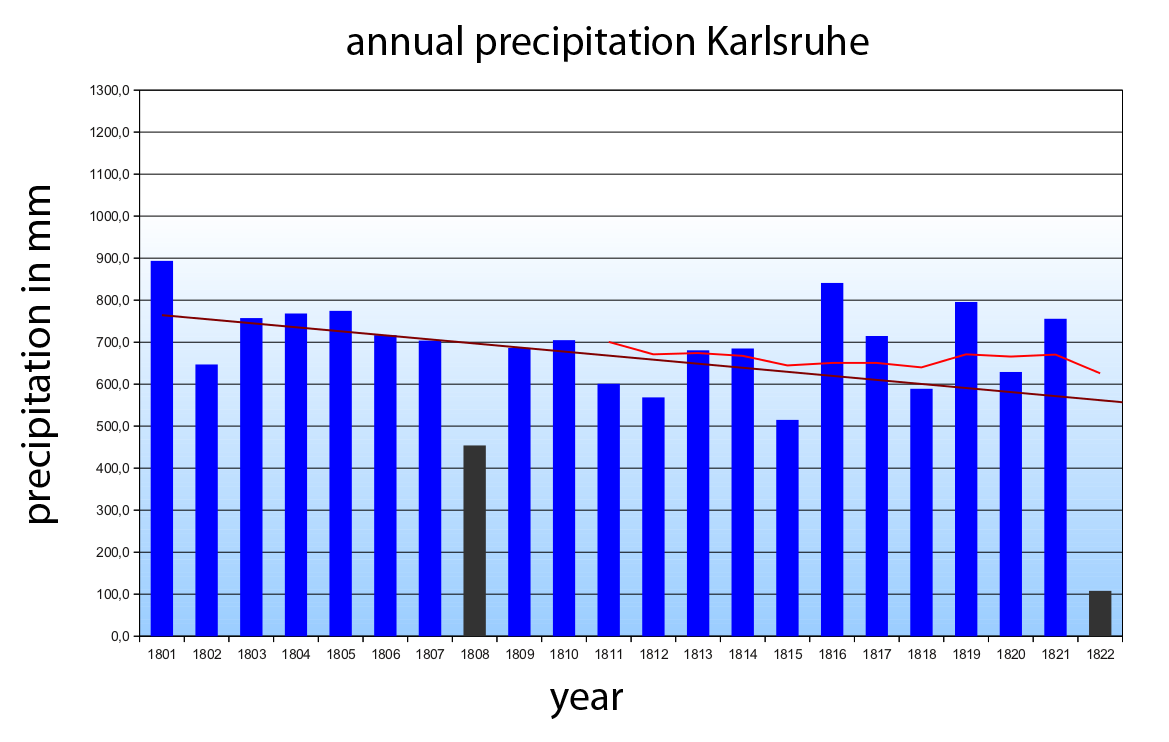