Deep most convection and associated weather phenomena such as heavy precipitation, strong winds or hail show a very high spatial and temporal variability. In some regions of Europe, such as southern Germany, most thunderstorms occur during the summer months, whereas in other regions, such as the Tessin (Switzerland), the maximum is found in autumn. The spatial distribution of thunderstorm activity is mainly determined by the orography, the distance to the ocean (damping of the temperature amplitude) as well as by the existing synoptic systems in the given situation. In addition, different evaluations show a very high annual or multi-annual variability of convective activity for larger areas of Europe (e.g. Central Europe).

Causes of the spatial-temporal variability of thunderstorms are examined in detail within the scope of the Helmholtz-program Regional Climate Change (REKLIM, Topic 6).  In a first step, the convective activity and variability is characterized based on lightning data (Germany, France, Benelux and Germany-Austria-Switzerland). Using different reanalyzes that are available for a long term period (e.g., CoastDat II from HZG) it will then be analyzed, which atmospheric parameters and which processes on the synoptic scale significantly influence the variability of convection. As these data are available for a period of 60 years, they make it possible to deduce the relevant parameters, possible teleconnection as well as their spatial-temporal variability. 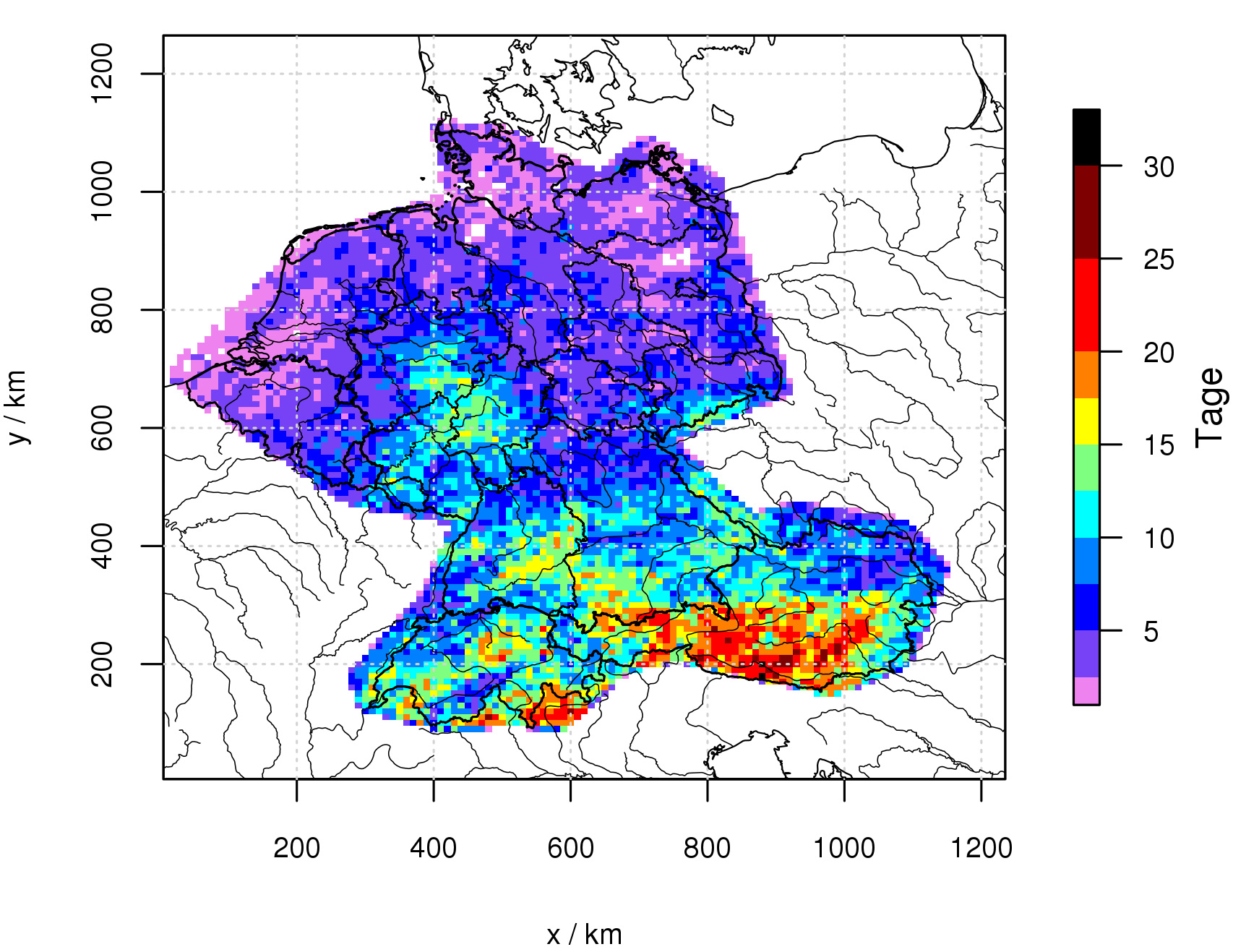