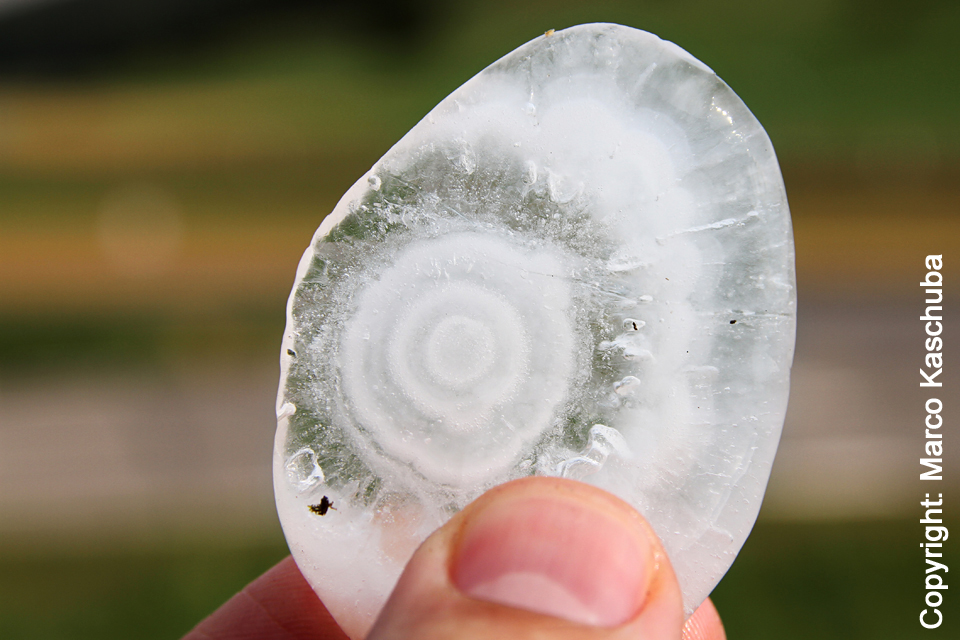 The HAMLET (Hail Model for Europe by Tokyo) project, launched in January 2013 between TokyoME and IMK-TRO in the field of hail modelling with the aim of developing a hail damage model, will be continued within the HAMLET II project.

The aim of the HAMLET II project is to revise and update the data set already compiled. The new period of 2D radar data available for France, Benelux and Germany will covers the years 2005 to 2017, and the hail tracks, which are contained by a two-dimensional cell tracking algorithm, serve as the basis for radar data processing in a first step. To identify as many tracks as possible with hail, different filter methods are first tested and applied (e.g. "Lightning Jumps", different reflectivity criteria).

Due to the different scanning strategies and methods of the national weather services, the radar data along the train paths of the thunderstorm cells are not continuously occupied with reflectivity values. These radar-specific interruptions of the data should be eliminated in the next step by a newly developed smoothing method ("track-smoothing"). The hail tracks initially extracted are an important prerequisite for this. The smoothing developed process produces continuous tracks with continuous information about the intensities of the cells (see Fig. 1).

Based on these hail tracks, the "Radar Convective Severity Index" RCSI developed in the first part of the project is recalculated as well as other parameters that characterize the intensity of a track both as a function of the area and the maximum reflectivities. These quantities are to be used later for stochastic modelling.

In the second part of the hazard analysis for France, Benelux and Germany, convection-relevant parameters are investigated using model data (e.g. coastDatIII, CFS or ERA5). Important variables such as Lifted Index (LI), Wind Shear and Storm Relative Helicity (SRH) are to be spatially and temporally analyzed and also made usable as input for the stochastic train path model.

During the entire duration of the project, the aim is to extend the data sets to other countries (e.g. Switzerland, Austria, Northern Italy) and to update the analyses continuously (annually).