Many fields of action are affected by climate change - from urban planning and forestry to agriculture and the tourism industry - and require adaptation to the unavoidable consequences. The main aim of a study by the South German Climate Office at the Karlsruhe Institute of Technology was therefore to introduce a concept for integrating adaptation knowledge into regional climate data analyses using so-called climate parameters. In principle, climate parameters describe meteorological conditions or threshold values of, for example, temperature or precipitation. This results in summer days, that are days with a maximum daily temperature of at least 25 ° C, or heavy precipitation days with, for example, more than 30 mm of precipitation. These parameters are very useful for weather warnings and as an indicator for the evaluation of a summer or trends in the context of climate change, but are usually not suitable for practical implementation.

For this reason, the study developed new climate parameters with a strong practical relevance. Several steps have been taken, starting with a survey and about 30 expert interviews on the experiences of climate influence in regional decision-making with a focus on Baden-Württemberg (Hackenbruch et al., 2017). The surveys were distributed with the support of the city council of Baden-Württemberg among its approx. 180 members. The response rate of 13% showed the keen interest in climate change adaptation. The next step was to quantify the experience of the experts and cities from the answers (e.g., "if it's really cold" or "not too dry over a longer period"). This means that, often in consultation, fixed limits for temperature, precipitation duration, etc. have been determined and defined as tailored climate parameters. In this way, for example, for the winter service, the climate parameter "salting day" was determined, which is defined as a day on which the temperature is less than or equal to 2 °C and more than 0.5 mm of precipitation (Schipper et al., 2019).

After quantifying the experiences, the climate parameters were displayed using the observation datasets HYRAS and E-OBS. As a result, some parameters needed to be adjusted to best suit the experience of experts and cities. After some confidence in the new climate parameters, they were calculated again, but now using an ensemble of regional climate simulations for the reference period (1971-2000) and the near future (2021-2050). From this, trends could be calculated, which in turn were presented to experts and cities (Figure 1). 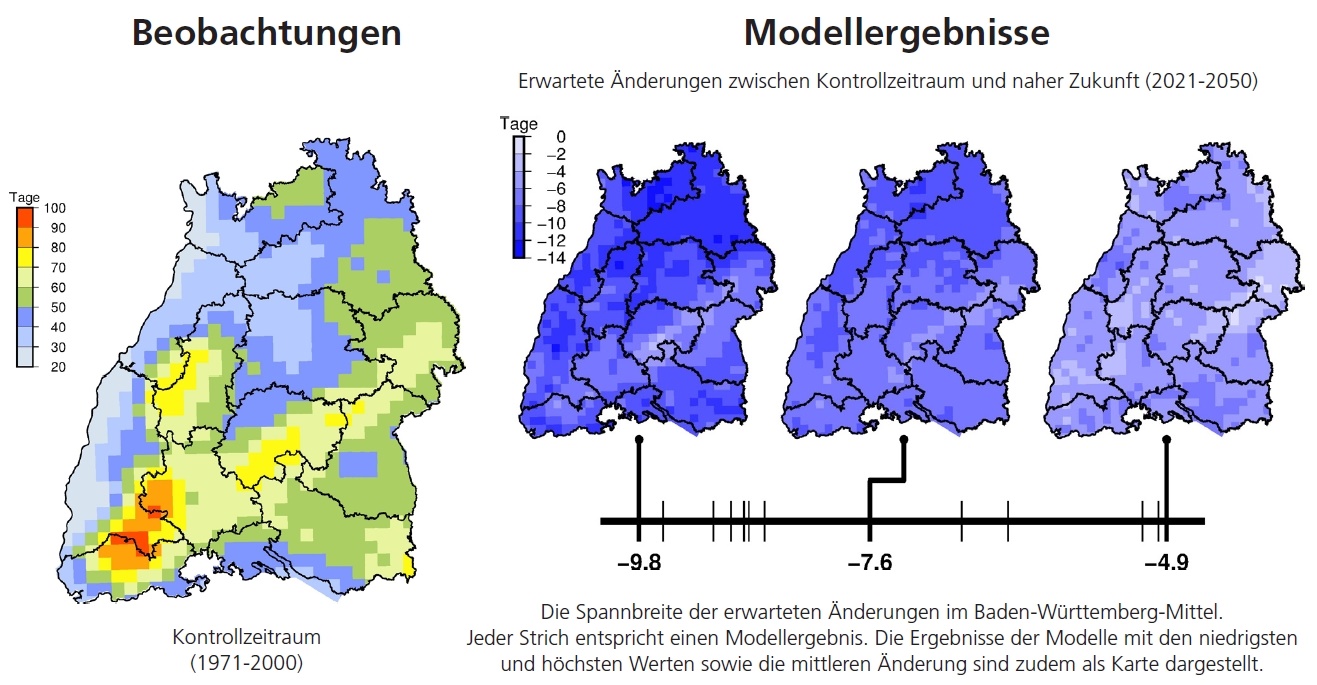 Figure 1: Spatial distribution of „salting days“ according to observations (left) and climate model based changes in the near future (right).

Subsequently, the relevance of the tailored climate parameters was described by a so-called sensitivity assessment. This means that the experts and cities should estimate which changes require which adaptation measures. The estimate was made using a so-called "sensitivity traffic light" with the colours green, yellow and red, whereby the current situation did not necessarily had to be green, but could also be yellow or red (Figure 2). 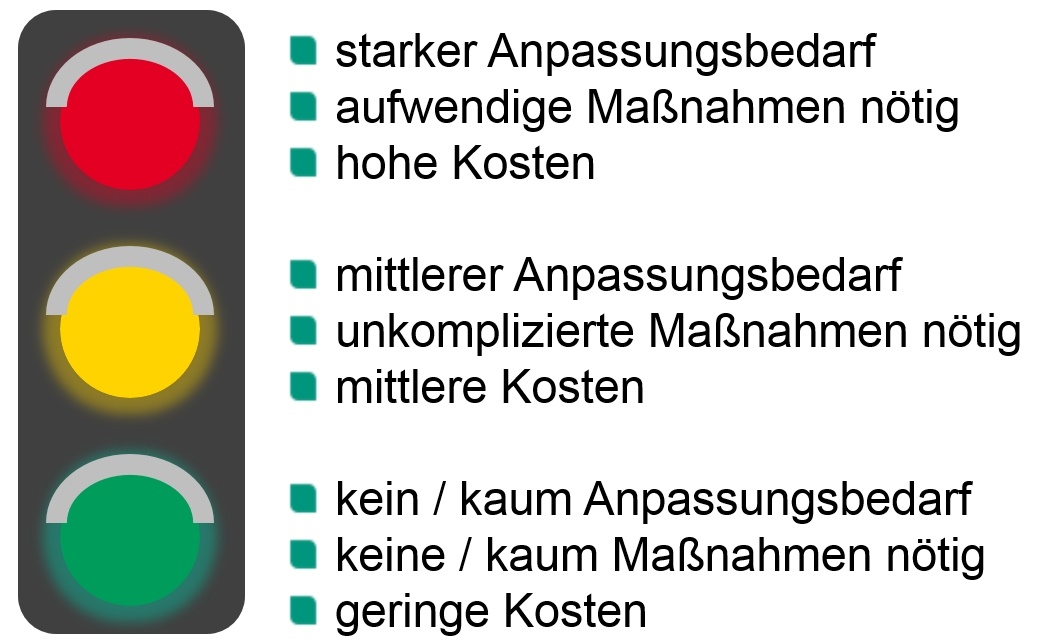 For individual regions of Baden-Württemberg maps based on these traffic light colors could now be drawn up, which show an overview of the need for adjustment in the near future (Figure 3). 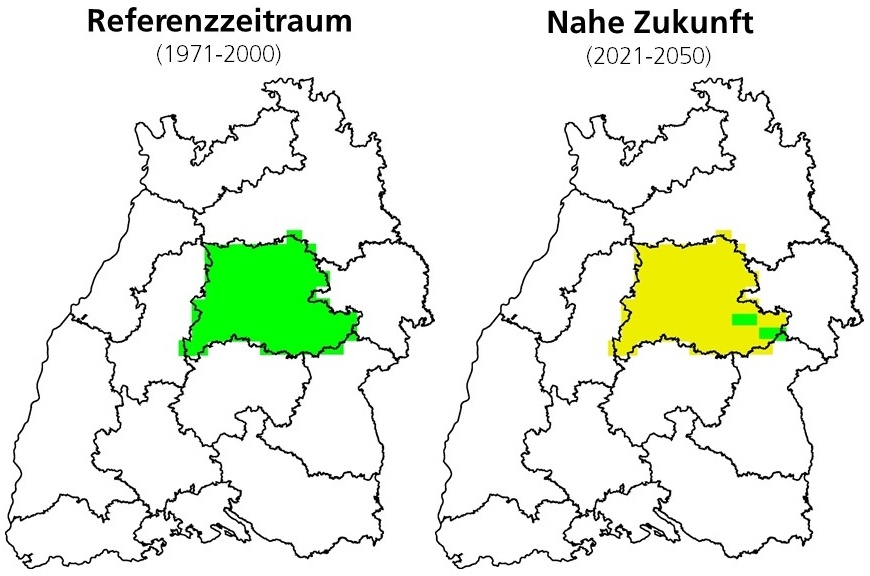 Figure 3: Adaptation relevance for „salting days“ in the Stuttgart region based on the „sensitivity traffic light“ (Figure 2).