Over a period of 2 weeks, the long-lived tropical system IDAI hit large parts of South East Africa in the first half of March 2019. In the beginning, it was only the precursors of a tropical cyclone that led to severe flooding in Malawi. A few days later, however, the system passed over the warm waters of the Mozambique Canal and went through all the developmental stages of a tropical cyclone, finally becoming a full-grown cyclone with sustained winds of 195 kph and gusts of up to 280 kph. Shortly after its peak intensity, IDAI fell ashore in Mozambique during the night of 14 to 15 March 2019 a few kilometers north of the city of Beira (Fig. 1). Its slow propagation speed combined with destructive storm surges, heavy winds and an enormous amount of precipitation led to considerable damage and flooding in the region. The remains of the weakening tropical system subsequently caused further severe floods with landslides far inland in the east of Zimbabwe. 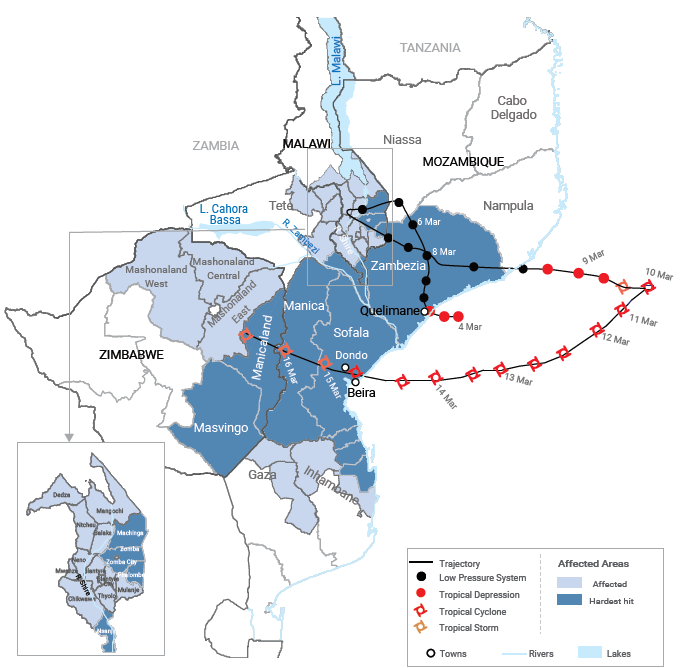 A total of around 3 million people were affected by IDAI and its impacts. IDAI claimed several hundred lives and left hundreds of thousands homeless and displaced across the region. To date, IDAI has been the most devastating and deadly tropical cyclone in Mozambique's history.

Currently, the interdisciplinary Forensic Disaster Analysis (FDA) Group at the Center for Disaster Management and Risk Reduction Technology (CEDIM) – an interdisciplinary research center at the KIT in the field of disaster management, in which the IMK-TRO is also involved – is investigating the effects of the tropical storm in cooperation with the World Bank (Fig. 2). The aim of the FDA's activities is to evaluate a disaster immediately after it has occurred, to assess its impacts, to track its development over time and to identify the most important factors that are decisive for its impacts. Forensic refers to the combination of methods and findings from different disciplines with the aim of describing and reconstructing disasters and their key drivers as comprehensively as possible. 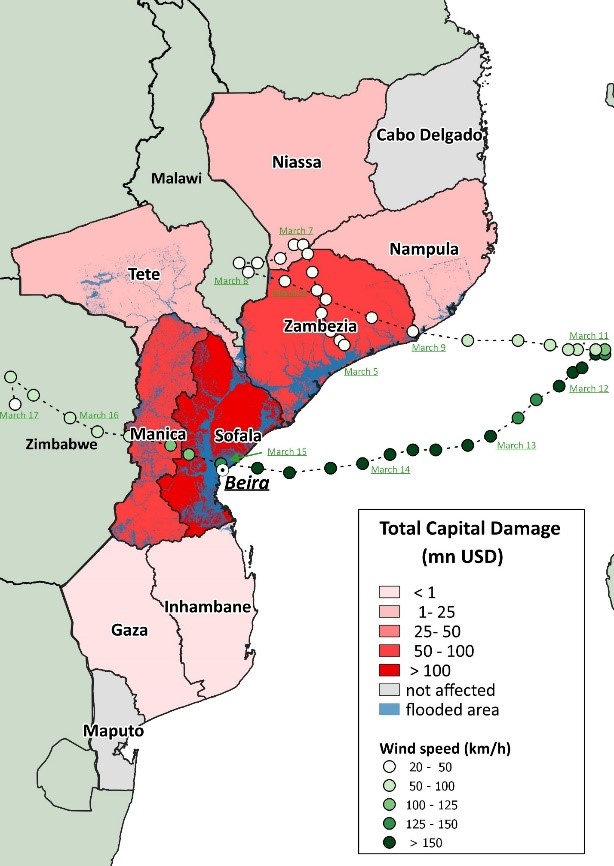