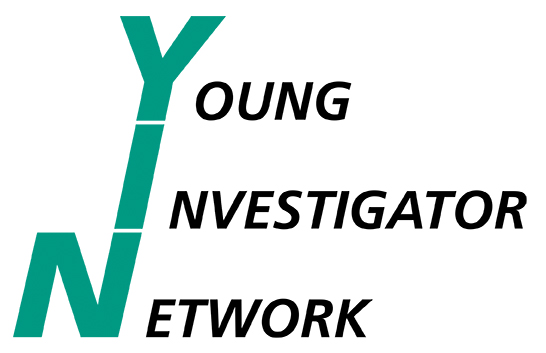 The Young Investigator Network (YIN) is the platform and democratic representation of the interests of young investigator research group leaders at KIT. To stimulate cooperations across disciplinary boundaries among its members, YIN awards start-up grants. In 2019, the two young investigator group leaders from IMK-TRO, Dr. Aiko Voigt and Dr. Christian Grams, have each won a YIN Grant. Dr. Voigt in addition received the YIN Award.

The project „The Geometry of Big-Data Clouds“ studies cloud structures by means of modern tools from mathematics. To this end Dr. Aiko Voigt from IMK-TRO and Prof. Petra Schwer, a mathematician from University Magdeburg and KIT YIN alumni, combine their expertise in high-resolution modeling with the ICON climate model and geometric group theory. The project addresses the need for fundamentally new strategies in analyzing the big-data output from the next generation of climate models, which will simulate the global atmosphere with resolutions of 2km and will routinely generate model data in the order of TerraByte and PetaByte. The  central idea is to use a cubulation method from geometric group theory that can identify connected cloud components on the native triangular grid of ICON. This will then be used to identiy cloud structures and to characterize their geometry (e.g., surface area and volume, ratio of horizontal and vertical boundaries), which can for example affect the radiative interactions of clouds with the atmospheric circulation. The project is part of the KIT Center MathSEE. The developed tools can also be used in the recently funded Phase 2 of the Collaborative Research Center 165 “Waves to Weather“, in which Dr. Voigt is leading a subproject on clouds and three-dimensional radiative effects. In addition, the project received the YIN Award 2019 as an honorary recognition signed by Prof. Oliver Kraft, Vice President for Research at KIT.

A second YIN grant was awarded to Christian Grams from IMK-TRO and Tom Brown from the Institute for Automation and Applied Informatics at KIT to study “The role of meteorological variability imposed by weather regimes in energy systems dominated by wind and solar power”. When energy systems reach a high share of wind and solar power it becomes more and more difficult to cope with long-lasting country-wide lulls accompanied by high cloud cover (“Dunkelflaute”). In cold winter weather the situation exacerbates if heating becomes electrified. This can be ameliorated by continent-scale transmission networks, which smooth the variable feed-in from wind and solar over large areas, but the required new power lines are unlikely to be built, given the resistance often found among the local communities. A solution might be long-term storage technology but this highly increases the costs of future energy systems. In this interdisciplinary project we combine expertise in energy system modelling and weather variability to assess the optimal use of renewable energy sources and storage technology in future energy system scenarios for Europe. Specifically we will identify the weather patterns that would be operationally challenging for wind-and-solar-dominated energy systems with focus on both electricity generation and demand. The project is part of Tom Brown’s Helmholtz Young Investigator Group “Energy System Modelling” and Christian Grams’ Helmholtz Young Investigator Group “Subseasonal Predictability: Understanding the Role of Diabatic Outflow”, both hosted at KIT.