From Rain to Flood?

The Hydrex 2019 measurement campaign is part of the MOSES activities.

MOSES, "Modular Observation Solutions for Earth Systems" is a joint initiative of nine centres of the Helmholtz Association to develop mobile and modular observing systems to investigate the effects of short-term events and long-term trends on Earth and environmental systems (https://moses.eskp.de/home/). The hydrological extremes module focuses on the impact of heavy precipitation on an entire river system, from land changes caused by flooding to nutrient and pollutant transport and ecosystem changes.

The current measurement campaign, coordinated by KIT, is taking place in the Müglitztal valley in Saxony. It started in mid-May and will continue until mid-July 2019. In addition to the observation of heavy rainfall events, the focus is on testing the cooperation of the participating centres. Besides the Institute for Meteorology and Climate Research - Department Tropospheric Research (IMK-TRO) of KIT, the Helmholtz Centre for Environmental Research (UFZ) from Leipzig, the Research Centre Jülich (FZJ) and the Helmholtz Centre Potsdam - German Research Centre for Geosciences (GFZ) are also involved in the measurements.

KIT deployed its mobile observatory KITcube in Dittersdorf, a station above the Müglitz Valley. The station collects information on on the formation and evolution of heavy precipitation, precipitation distribution and evaporation. Among others, the mobile precipitation radar, a microwave radiometer to determine the atmospheric temperature and humidity profile and a lidar system to record the wind profile are used. The measurements are supplemented by soundings with radiosondes. A network of disdrometers provides additional information on precipitation intensity and droplet size distribution in the observation area.

Colleagues at Forschungszentrum Jülich are investigating the input of water vapour and trace substances into the stratosphere through convective systems. They use radiosondes with additional trace gas devices.

The scientists from UFZ focus on soil moisture. In order to monitor soil moisture development, the UFZ is installing a mobile, wireless sensor network during the measurement campaign that measures soil moisture and temperature at different depths. In addition to the permanently installed sensor network, the mobile Cosmic Ray Rover with specially developed neutron sensors is used to observe the large-scale variation in soil moisture in the observation area. The GFZ monitors the evolution of the groundwater level with gravimeters and additionally uses Cosmic Ray sensors to measure soil moisture.

Even though no flooding has occured during the campaign so far, five intensive measurement phases with continuous observations during heavy rain events could be successfully carried out. The IOP4 from 12-13 June 2019, when the cold front of a shallow ground low passes the region, is particularly interesting. Upstream, convective precipitation occurred between 14:00 UTC - 16:00 UTC (Fig1.) along a convergence line. While only low precipitation (2 mm) was recorded at the measuring station in Dittersdorf, 31.8 mm was observed at the DWD station Dippoldiswalde-Reinberg in Müglitztal. Radiosondesoundings from this afternoon show a clear moisture input into the tropopause and the lower stratosphere (Fig.2) by overshooting. A detailed analysis of the evolution of this event and the other IOP's will take place after the end of the campaign. 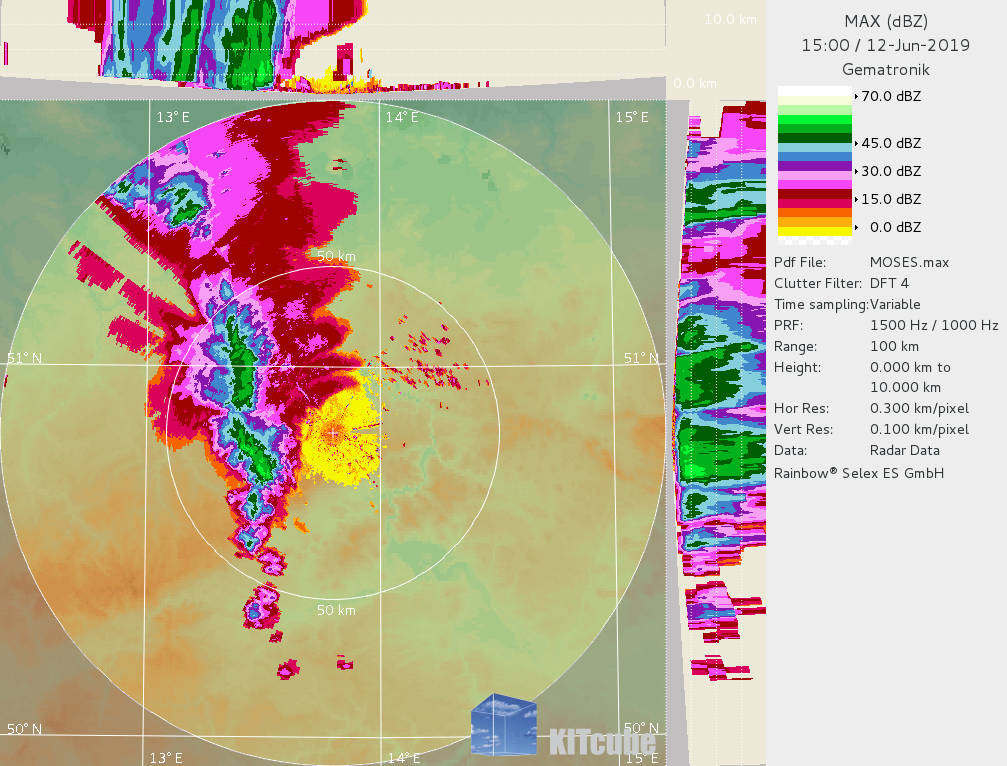 Fig. 1: Convective system passing the KITcube at Dittersdorf during IOP 4 on 12 June 2019. The reflectivity measured with the X-band radar is shown. 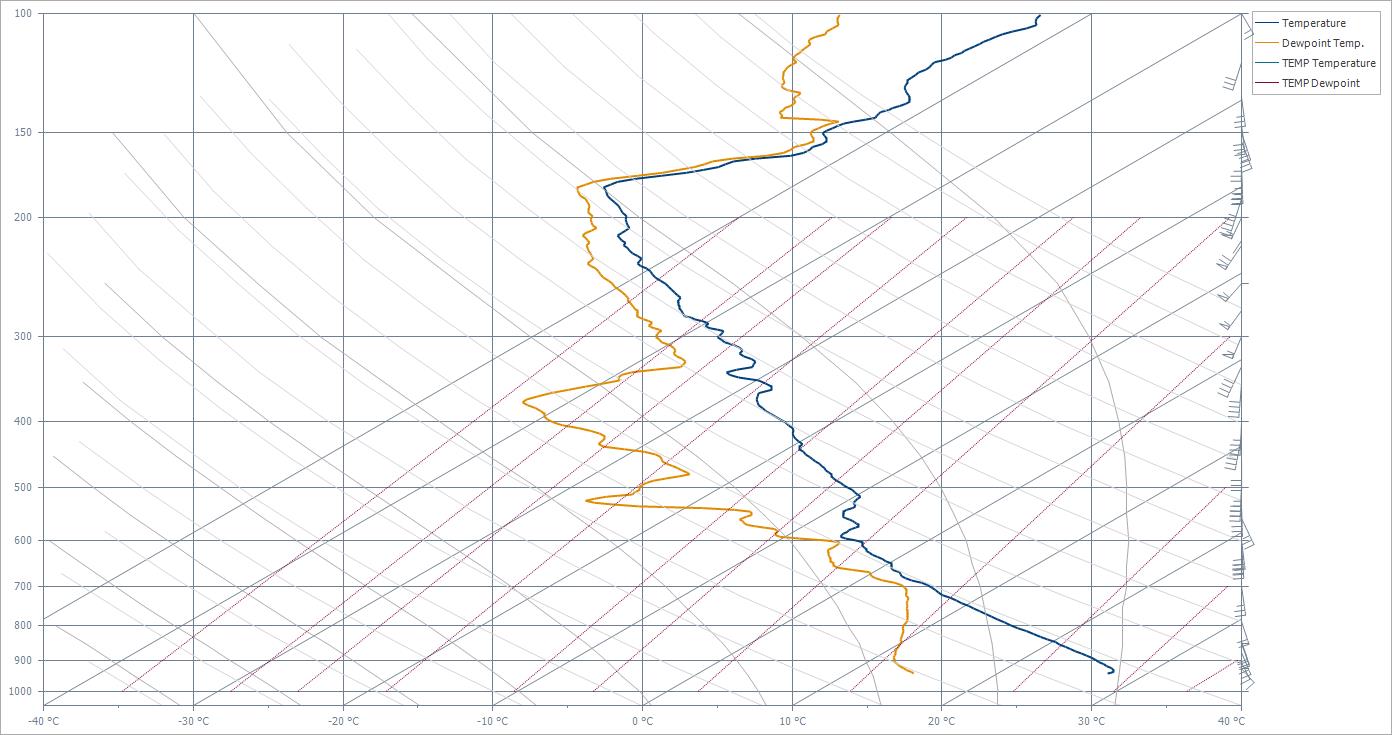